There’s more to the beautiful Drakensberg countryside than meets the eye. Like any other South African area, it is steeped in history (probably as high as its peaks). A tour of its battlefields of yore will give you a slice of its rich past…
And you’ll be happy to know that Oaklands Country Manor is located less than an hour away from these famous Ladysmith and Colenso battle sites. So why not stay with us and take a day to tour the historical landscape? Book your Drakensberg accommodation today! 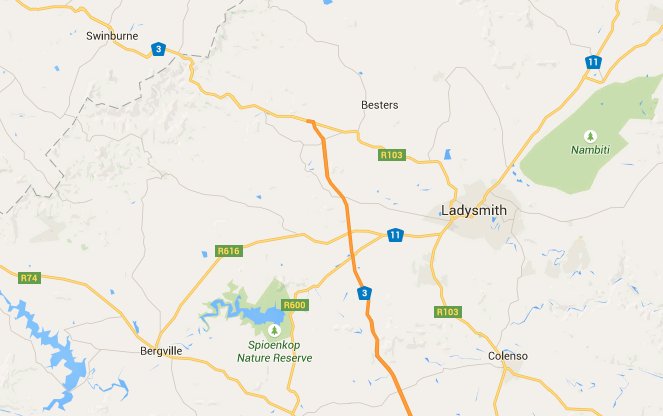 It’s a Drakensberg Battlefield Out There

Towns have erected monuments, museums and military cemeteries that commemorate centuries of clashes between British soldiers and Boer commandos over claim to the countryside. Here are the must-see battle memorials near Oaklands.

Ladysmith is a short 45-minute drive from Oaklands Country Manor. Its historic buildings and Anglo-Boer War monuments make it a must-see tourist attraction with many of the battle sites right in the middle of the South African town.

A favourite for South African war enthusiasts, the Ladysmith Siege Museum is one of the best Anglo-Boer War museums. Displays showcase maps, uniforms, relics and war memorabilia dating between 1899 and 1902.

Stone monuments and crosses commemorate the English and Boer battle on Wagon Hill that took place in 1900.

Visit the Burgher Monument and stone remains of the Manchester Fort – the largest of the defensive forts built along the Platrand on Caesar’s Hill on the outskirts of Ladysmith.

The pyramid-shaped stone Rifle Brigade Monument was built in memory of the men who were killed in battle and buried in nearby mass graves.

The Northern Drakensberg town of Colenso has a number of significant battle sites and military cemeteries worth visiting along the Tugela River.

Plaques and markers at the Gun Sites honour the soldiers that died in a devastating clash between English and Boer soldiers. The battle continued until ammunition ran out, resulting in severe losses.

The Battle of uThukela Heights is commemorated with a number of crosses and stone monuments located at strategic hills and positions along the banks of the Tugela River.

Touring the Battlefield Route can be done on your own, but guided tours are also available. Booking accommodation at Oaklands? Enquire about booking a battlefield tour while you’re at it …